Why Does My Dog Hump My Boyfriend? You Better Know This! 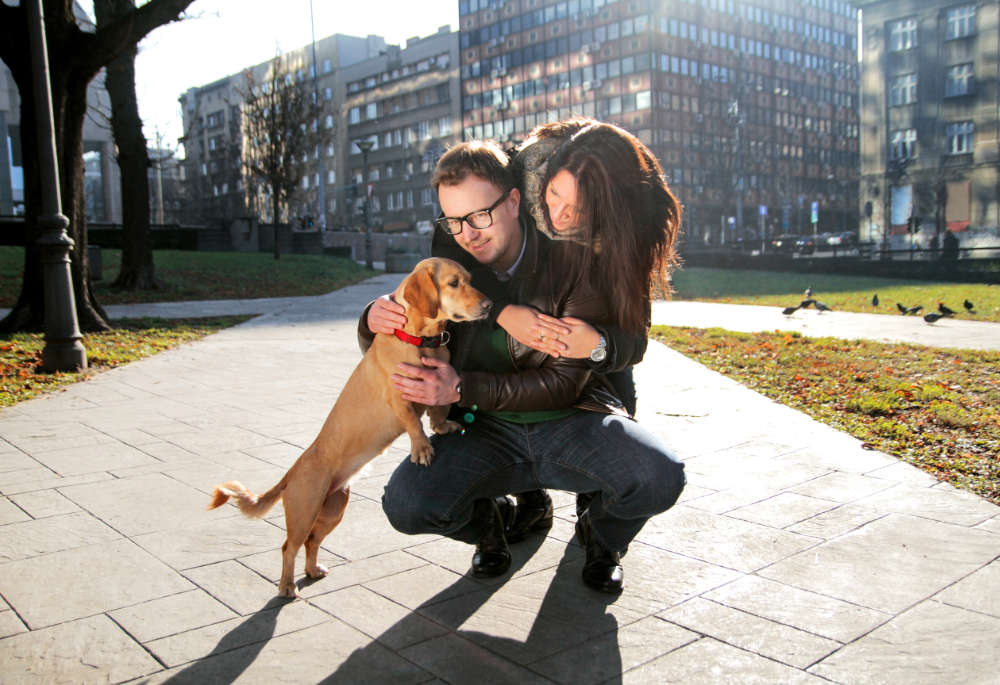 It’s no secret that dogs have an embarrassing tendency to hump furniture, toys, people’s miscellaneous body parts, and even air. But it can get even more disturbing and puzzling if your pooch is particularly keen on humping a specific person. So, what gives?

Your dog may be humping your boyfriend as a way of asserting dominance over him. This is more likely if your pooch was in your life before your boyfriend was. The introduction of a perceived potential rival into your home could trigger such a reaction from your dog.

A better understanding of a canine’s behavioral issue can help you avert awkward situations and perhaps even resolve the issue altogether. So be sure to keep reading this article.

Behaviorists and veterinarians stress that mounting behavior in dogs, commonly known as humping, is rarely sexual in nature.

Instead, it is typically set off by other factors and can be the result of many things, including:

But mounting is most commonly done throughout the animal kingdom to assert dominance. And in the case of your dog humping your boyfriend, this is likely the explanation.

Mounting is observed in different canid families. More often than not, it is done as a display of dominance. But much like our partisan politics, canine experts are divided on the matter.

The dominance theory asserts that dogs have an innate drive to establish themselves as the alpha of the pack, whether it be among other canines or within a human family.

But this theory was built on a faulty foundation. Its cardinal points were derived from observations of captive wolves.

From these studies, early researchers all but concluded that both wolves and dogs live to assert their dominance.

However, more recent data from observation of wolves living in their natural environments revealed behavior contrary to that which informed the dominance theory.

Several leaders in this field have dubbed the dominance theory misinformed, outdated, and effectively debunked.

But other experts stand by the data that points towards dominance in canids, albeit not as radical as in the original dominance theory.

That being said, there are salient points to be taken from both sides of the aisle, especially in addressing why your dog specifically humps your boyfriend.

Mounting is a natural behavior that dogs learn and adapt from early on. As puppies, they begin exploring the action and using it in play — but more than just play.

Research indicates that puppies begin exhibiting mounting behavior in the first few weeks of life to assert dominance over their littermates and find their place in the social hierarchy.

This practice is carried on into adulthood, where it is naturally displayed among dogs to determine a hierarchy or when encountering a perceived rival, canine or otherwise.

Yes, it’s quite embarrassing, but you typically don’t have to worry about this “rivalry” between your dog and boyfriend escalating into outright aggression unprovoked.

Your dog is simply looking to remind your boyfriend of his place, from the dog’s point of view anyway.

How To Stop Dogs From Humping

Here are some of the most effective ways to stop your dog from humping:

Dogs love attention. It’s somewhere up there on their list with long walks, juicy bones, and chasing the neighbor’s cat.

With a simple act of depriving your dog of this attention, it will eventually learn that humping your boyfriend ⁠— or anyone for that matter ⁠— is wrong and will not be tolerated.

Instruct your boyfriend or anyone your dog is attempting to mount that they should get up and walk away at the onset of this display.

It’s an all-around solution or at least a solution for most issues dog owners struggle with. And humping is one of those behaviors that can be stopped with some redirection.

It’s very simple and a good alternative if you’re not too comfortable with turning your back on your fur baby. So, once you see an indication that humping is about to commence, just redirect your dog.

To be clear, you should redirect it to a different activity, not a different object to hump. Toys can be a good distraction, but their use at this moment should be supervised.

A little impromptu playtime involving physicality is better recommended as it would provide your dog with a healthy and non-embarrassing way to let out all the energy that would otherwise go into uncontained thrusting motions.

It’s important to note that using food to distract your dog from humping may be mistaken for reinforcement of the unwanted behavior, so owners are discouraged from bringing out those tasty treats.

Should Energizer decide they want a new mascot, a dog would certainly be in the running for that role.

Dogs are creatures with seemingly endless amounts of energy. Without a proper outlet for this, they resort to unwanted behaviors. Humping is a particularly disturbing one.

But owners with hump-happy puppies may breathe a sigh of relief because something as simple as adequate exercise and stimulation can curb this behavior.

Pent-up energy is one of the reasons that dogs resort to humping. In such cases, longer walks or a few more minutes of fetch can spare you the blushes.

It may not seem like it because of the happy-go-lucky nature of most breeds, but dogs are creatures that appreciate structure in their lives.

It’s more than just punctual pooches bringing their leashes at exactly ‘walk o’clock’ to their preoccupied owners who appear to have lost track of time.

Dogs are calmer and happier when following a clear-cut daily schedule, and many tend to get anxious and show signs of distress when there are disruptions to their routines.

Outlining a holistic doggy daily routine and sticking to it would provide some structure for your pup and do away with other humping triggers such as pent-up energy and boredom.

If raising a dog were a video game, training would be the ultimate cheat. Whether you do it yourself or seek the services of a professional, training can vastly improve the quality of your life with your dog.

There are different levels of training, but basic obedience training is a fundamental need for every canine companion.

Learning to follow commands like come, sit, down, and up may not seem like veritable humping hindrances. However, they instill a level of obedience and impulse control in your dog.

In better-trained pooches, these basic commands can be effective deterrents from humping. Of course, there are some very strong-willed exceptions to this, and you may need the intervention of a professional trainer or behaviorist.

Humping is more commonly a pleasure-seeking behavior in younger, intact dogs. This may understandably be disturbing to you and your boyfriend.

However, you can draw some comfort from knowing that your boyfriend does not sexually excite your pup, although this does not stop him from being the favored object of humping.

Dogs, for whatever reason, have their preferences. Some may hump only a favorite stuffed toy. Others opt for the same leg of furniture each time.

Your boyfriend just, unfortunately, happens to be the chosen one. But thankfully, there is a way to address this unwanted behavior by spaying or neutering your dog.

These procedures can significantly decrease humping behavior in your dog if it is sexually motivated. However, you should note that there is no guarantee it will eliminate it.

Moreover, you will need to consult with a veterinarian to determine whether your dog is of an age when spaying or neutering can be safely carried out.

Some dogs may have stronger inclinations to assert their dominance, which can be triggered by introducing a perceived rival such as a boyfriend.

Additionally, other factors could set off this unseemly habit. But regardless of your dog’s motivation, there are proven ways to do away with such unwanted behavior. 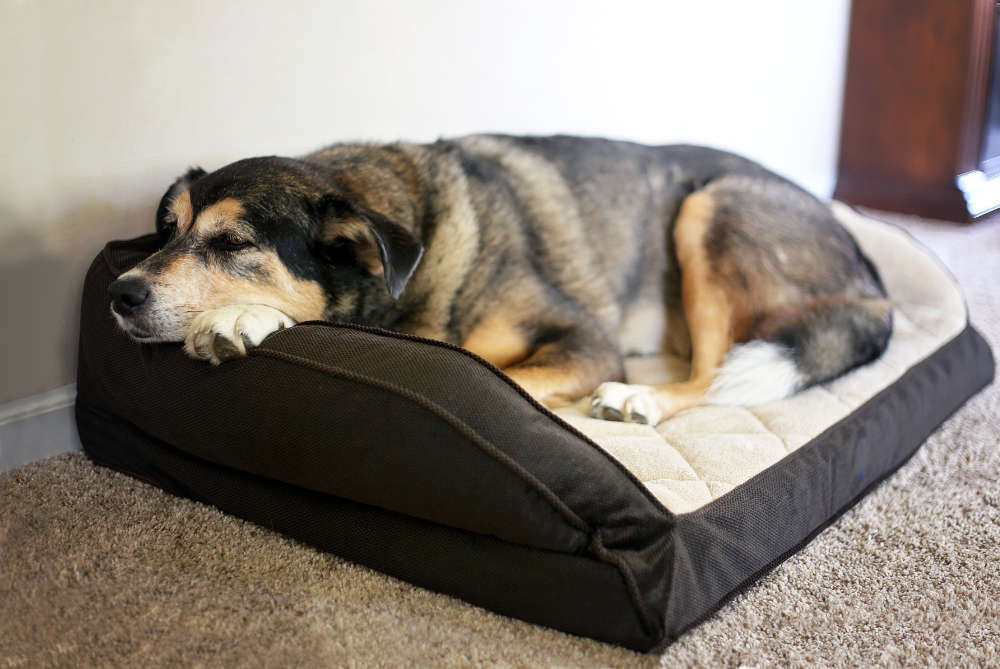 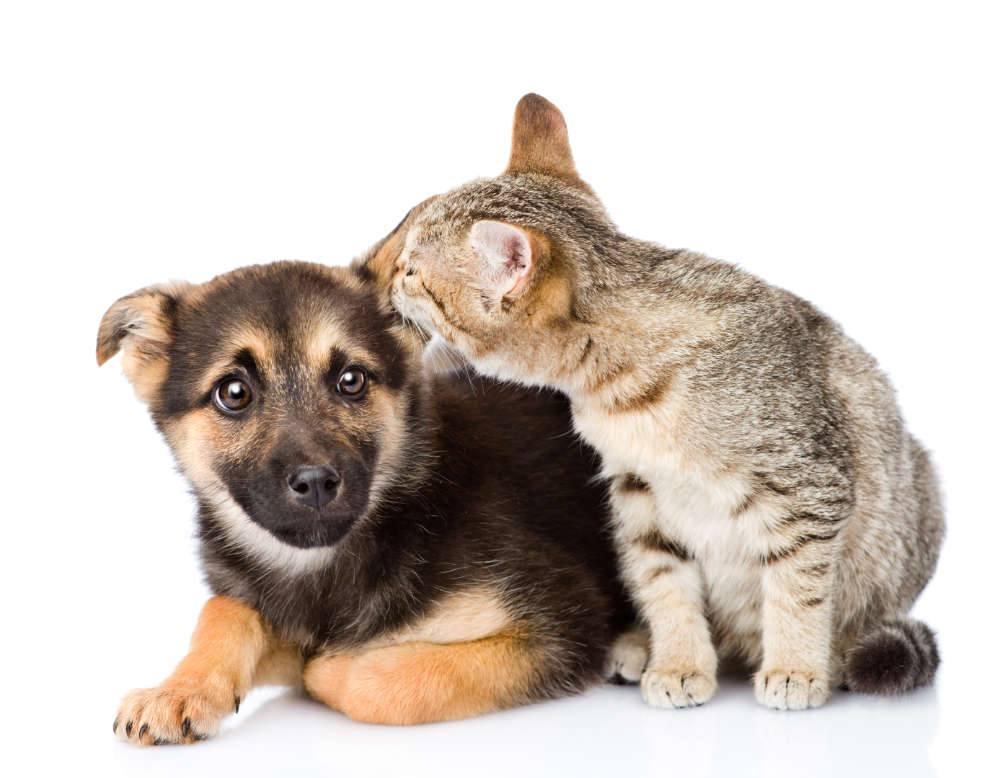 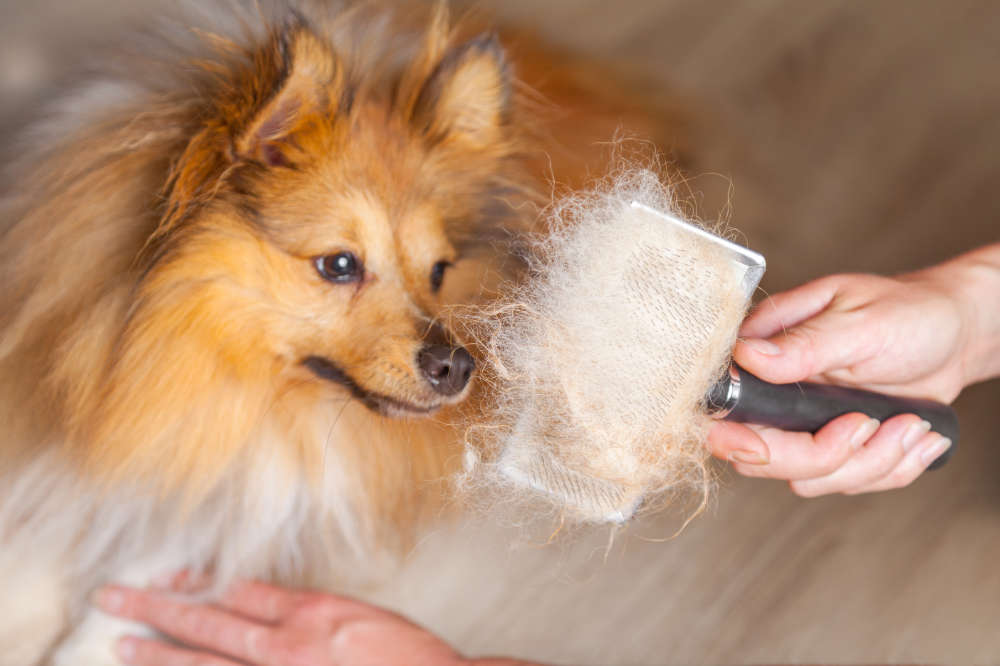