People who hate cats say they stink. It’s not completely without reason. Because if you’ve ever been to a place where a male cat had sprayed his urine, you’re not likely to forget the stench.

If that place is your home, you’re willing to do a lot to stop your cat from spraying.

But what can you do?

Spraying has nothing to do with just urinating outside the litter box. Spraying is a behavior that’s engraved in the cat’s genome.

Female cats can spray, but it’s rare. It’s mostly male cats that do it. When they spray, they put their tails straight up in the air, and it’s so tense that it vibrates a little. Then they urinate on a vertical surface.

Outside, it can be on a tree or a wall. Inside, it could be on your favorite chair, the stove, or the any upstanding furniture.

Why would your favorite furry friend suddenly treat you like this?

It’s not to be evil or annoy you. It has to do with him being a feline, and like many carnivores, they are territorial animals. They mark their turf by spraying urine to let other cats know that THIS piece of land, it’s theirs.

If you open your entrance door and catch the distinctive smell of cat urine, there’s a chance that a cat from the neighborhood has passed by, and your cat felt his territory threatened. He felt the urge to mark it again.

If you notice things being marked near windows or screen doors where your cat can get a peek of the outside world, there’s a pretty good chance that another cat is hanging around or passing by frequently.

But your cat could also be spraying simply because he’s bored, stressed, feeling anxiety or being threatened by something or something.

I’ve noticed that my neutered cat would act as if he was spraying if I moved a piece of furniture around.

And I once had a cat who peed on my friend’s trousers when he stayed the night. Clearly, my cat was jealous. We lived together. What was that stranger doing here?

I still get red cheeks when I think about him going home by bus, trousers smelling of cat pee. Ugh.

Too many cats in your house can cause the same problems. If you’re a little old cat lady, and your house smells up the whole neighborhood, it might be time to let go of a cat or fourteen.

But the problem could also be caused by a new pet in the house – or a new baby.

Your cat feels that his territory is threatened, and therefore he must spray.

The thing I’ve felt worked the best was to neuter that cat at a very young age. Before he ever even as much as tries to spray.

Not only will you avoid spraying of urine in your home, but you’ll also avoid that your cat wants to get outside later to catch a female kitty and risk sickness and to get run over by a car.

Even if your cat is older, this will still help. It won’t stop him completely from spraying, but it will minimize the number of times he does it. Just try to stay away from annoying him in any way.

In my experience, neutering your male cat is the most effective method to stop your cat from spraying. 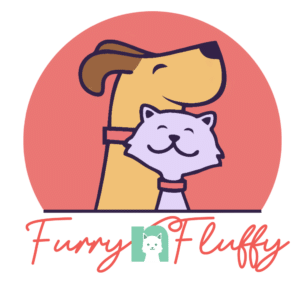